Obituary for James A. Ferguson 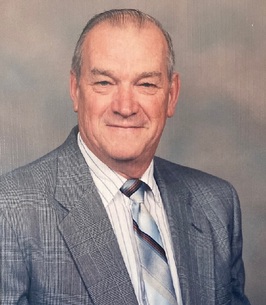 He was born April 22, 1934 in Morrisdale, to the late Blake and Jane (Weaver) Ferguson.

He is survived by two daughters; Dawn (wife of Hugh) Kaplan of South Carolina, Drena (wife of Kerry) Merkel of Whitehall, Pa; three grandchildren, Jeremy and Jason Esterly and Joanne Rohrbach; one sister,
Viola Hubler of Phillipsburg; eight great grandchildren and 1 great-great granddaughter; several nieces and nephews, and his most loved, Derrick Snyder, whom Jim thought of as his own son. Also, Jennifer (Bloom ) Moore and Richie Bloom and their families, the best neighbors ever; and Jim’s companion of many years, Nancy Frye.

Funeral services will be held at the Beardsley Funeral Home and Crematory, Clearfield on Tuesday, April 19, 2022 at 1 PM with Rev. Jimmy Hopper officiating.

The family suggest that memorial contributions be made to The Presbyterian Church, Clearfield 119 N. Second Street, Clearfield, PA 16830

To sign the online gust book go to www.beardsleyfuneralhome.com