Obituary for Martha A. Tylwalk (Tylwalk) 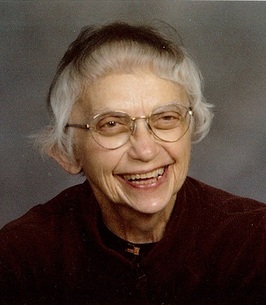 Martha A. Tylwalk, 89, of Clearfield died on Thursday, February 17, 2022 at the Mountain Laurel Nursing and Rehabilitation Center, Clearfield.

She was born on June 20, 1932 in Clearfield, a daughter of the late Charles and Annie (Lepak) Tylwalk.

After graduation from Clearfield High School, Martha spent years in a job she loved, coordinating activities for guests at a resort in the Poconos. But, without hesitation, she came back to Clearfield to care for her parents in the early 1960s. She then became employed at the former Harbison Walker Refractory until their closing, From there she went to the PA Department of Public Welfare, where she was instrumental in advocating for nursing home residents. Many Clearfield organizations have benefited from her support and her participation in meetings and on boards, drives, marches, and fundraising activities: American Red Cross, United Way, Area Agency on Aging, Clearfield Hospital Auxiliary, American Legion Auxiliary, and Young People Who Care to name a few. For her contributions, she was a past recipient of the Clearfield Chamber of Commerce Lifetime Achievement Award in 2017 and the Woman of the Year Award from the Federation of Business and Professional Women / PA. Through her many community interests and her extensive involvement with St. Francis Church (years of driving her neighbors to Mass, her daily attendance at Mass, her involvement in all manner of church groups and activities, and her long and strong support of generations of students at St. Francis School and Sunday School) she had become much loved. She belonged to numerous church organizations: St. Franics Rosary and Altar Society, Catholic Daughters of America, St. Francis Parish Council and St. Francis Eucharistic Ministers. For her dedication to the work and the people of St. Francis Church, she was awarded the Benemerenti Medal in 2006, an honor given by the Pope for service to the Catholic Church. In recognition of her support for St. Francis School, the students once honored her with a yearbook dedication. Martha also maintained a keen interest in all community and public school activities. There were very few athletic or cultural events where she was not present and vocal in her support. She always exported her pride in Clearfield to others, whether they be her family or total strangers. She never missed any events important to her sisters, brothers, nieces or nephews no matter where she had to go to attend; and she always took with her a supply of Clearfield souvenirs to share. Her generosity was well known, but she would never tell you about it. She had an undeterred loyalty to Clearfield businesses, shops and restaurants. Her vibrant personality, humor and genuine interest in everyone she met are excellent credits to the community of Clearfield.

In addition to her parents, she was preceded in death by two sisters, Mary Gauntt and Rose Milliron; and three brothers, John Tylwalk, Nicholas M. Tylwalk, and Michael Tylwalk.

Mass of Christian burial will be said at the St. Francis Catholic Church, Clearfield on Thursday, February 24, 2022 at 2:30 PM with Msgr. Henry Krebs as celebrant. Interment will follow in the Calvary Cemetery.

Friends will be received at the Beardsley Funeral Home and Crematory, Clearfield on Thursday, February 24, 2022 from 11 AM - 2 PM.

A Christian Vigil service will be held at the funeral home on Thursday at 10:45 AM.