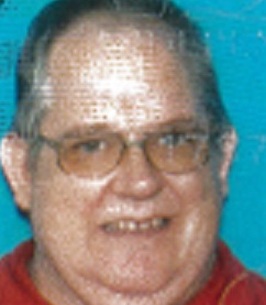 Thomas G. Shimmel, 60, of Clearfield, passed away on Monday, January 17, 2022 at Penn Highlands Clearfield from a brief illness of COVID/pneumonia.

He was born on December 30, 1961 at the Clearfield Hospital to the late Harold and Mabel (Parks) Shimmel of Hyde.

There were no strangers to Tom, or Tommy, as everyone called him. You were his friend if you spoke to him. He wouldn't remember your name, but he would remember your face. He had a smile for everyone.

He was the youngest of nine children. Surviving is one brother, Steven Shimmel and wife Kim of Florida; five sisters, Phyllis Jean Letts of Clearfield, Mona Bush of Woodland, Joan Blackman and husband Rev. Alan of North Carolina, Dorcas Junod and husband Richard of LaJose, and Cheryl Myers and husband Fred of OH; a sister-in-law, Marion Shimmel of Carlisle; many nieces and nephews; three aunts, Pegge Brooks and Maxine Yaglowski both from NY and Marjorie Parks of Woodland. He had a special bond with Maxine, she was his dear mother's sister.

In addition to his parents, he was preceded in death by two brothers, H. Wesley Shimmel and Norman Shimmel; a sister-in-law, Teresa Shimmel; two brothers-in-law, Jeff Bush and Rev. David Letts; and a nephew-in-law, Eugene Urban.

Funeral services will be held at the Beardsley Funeral Home and Crematory, Clearfield on Thursday at 1 PM with Rev. David Zimmerman officiating. Interment will be in the Styers Cemetery (formerly Crown Crest Memorial Park), Hyde.

For those not able to attend the funeral service and would wish to watch, please log on to www.facebook.com/beardsleyfh at 1 PM on Thursday.

Friends will be received at the funeral home for visitation on Thursday from 12-1 PM.

The family suggests that memorial contributions be made in memory of Tom to Clearfield Bible Missionary Church, 222 Turnpike Avenue, Clearfield, PA 16830.